Returning to UKISUG Connect this year, I was wondering what the conference would bring this time around, and if any of the topics had changed much.

Expected topics like S/4HANA, AI, Machine Learning, Blockchain, IoT and of course SAP indirect access licensing, which I thought would be a taboo approaching the event, were delved into headfirst by Hala Zeine and Ray Wang during the first keynote session.

Interestingly what I did note was that agile development and DevOps, which didn't seem to feature high last year, had caught on. Attendees seemed to be more aware of the need to meet business requirements much faster to ensure business competitiveness.

This, unsurprisingly, is of particular interest to us as we enable companies to be more agile and to adopt DevOps for SAP thanks to our automation tools ActiveControl and Testimony.

Some visitors to our stand told us they already deploy SAP changes regularly, but still highly manually, which introduces challenges such as high error rates, lack of visibility, etc. Others also spoke of testing challenges, which were jeopardizing their continuous delivery. Some weren't sure they necessarily wanted to be more agile and deliver change more often, since they didn't have the bandwidth to do proper testing. This, of course, caught my interest since this is just what Testimony,  our latest addition to our DevOps for SAP tools, tackles.

Testimony uses Robotic Test Automation (RTA) to provide up to 90% regression test coverage without the need to create and maintain costly test scripts.  It is a unique tool, which automates testing more than any other tool on the market.

I had a feeling that this radical new approach to SAP regression testing would create waves, but I was truly overwhelmed at how recognizable the benefits became to delegates once they grasped the concept of RTA.

By automatically learning and validating SAP system behavior without user intervention, it provides a comprehensive and accurate test of production data, giving test teams the confidence and efficiency to deliver change in an agile way.

This level of reinvention caused a stir because delegates said there is clearly value in reducing the effort required in regression testing and many also said they would rather allocate their time towards more valuable and business critical tasks.

In general, I got the feeling that this year people were more interested in keeping up with their non-SAP environments and that digital transformation and upgrade projects have a lot to answer for. I have a feeling we will see a lot more of this at next year’s conference, as more and more companies realize the importance of moving faster to meet their customer’s needs.

So on reflection of another successful event, it was a privilege to get to speak to end users to find out their challenges and learn more about their needs, and I'm already looking forward to seeing what next year will bring.

It will be interesting to see how they are going to top a group of men in kilts singing 80's classics. 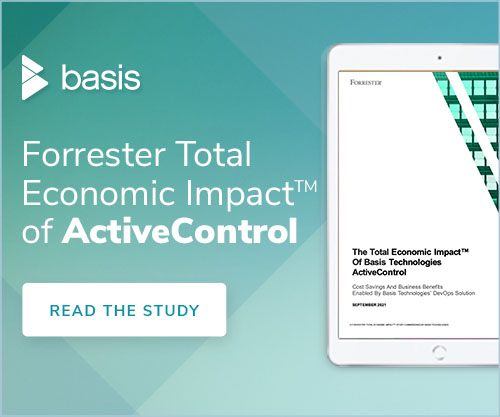 Our new eBook “Streamlining Software Development with SAP Tool Chain Integration” is out now. In this blog post, we discuss the ...

2021 probably couldn’t be described as a normal year by anyone’s standards, but as always SAP had plenty going on, including some ...

How To Do Agile Development in SAP

Part 2 SAP is trusted the world over by leading organizations to handle critical business processes and functions. Unfortunately, ...